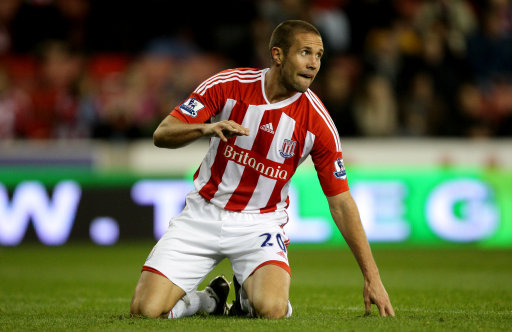 He said that Stoke City manager Mark Hughes had made some good signings and he feels that they are able to finish higher in the table.

Matthew Upson said that it would not be easy as all the teams around them have strengthened during the transfer window but he feels that there is a good atmosphere around the team. He said for some time the objective of Stoke City has been to avoid relegation, and he feels that things are changing now.

Matthew Upson said that Stoke City has established themselves as a Premier League team and that they will be looking to build on that. He believes that they have the players to achieve it and that they could do it this season itself.

He said that Mark Hughes is a good manager and he knows what kind of players he needs to sign to bring the club forward. He believes that they have made some good signings and that these players will help the club finish higher in the table.

He believes that the objective of the club is to challenge for a European place and that the manager will be working on building a team that will allow them to do just that. Matthew Upson that even since the time he was there the team was ambitious and they were looking forward to qualifying for the European places.

He feels that the team has progressed well ever since and that now is the time for them to push for bigger and better things. He wants the fans to remain behind the team as he feels that there are great things ahead this season and that it is an exciting time to be a Stoke City supporter.