The transfer window is up and running with the latest news suggesting that Liverpool and West Ham are interested in signing Real Betis ace Junior Firpo. 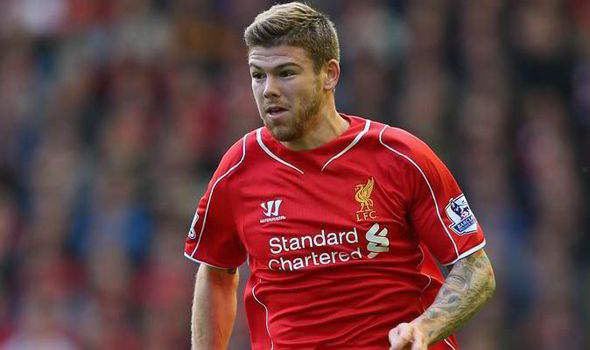 Spanish tabloid Sport claims that the Reds are weighing up a big transfer move for the 22-year-old who has impressed at the Spanish side.

Firpo is considered as one of the important players at Real Betis since breaking into the first team in 2018. His pace and creative ability has made him distinguished as one of the best-attacking fullback in the league.

Barcelona are one of the clubs that have been linked with the player showing how high he is regarded in Spanish football.

It is understood that Firpo has a release clause of €50 million and the club are unwilling to entertain bids lower than that amount.

Liverpool are thought to be looking for a backup left back and have Firpo as their top target for the position.

Andy Robertson the current option in the position is considered as one of the best in his position but outside the Scotland ace, the Reds are light in the position.  The current number two option Alberto Moreno is expected to leave the club this summer.

West Ham have also been linked with the defender with former player Matthew Upson urging the club to make a move for a fullback this season. Firpo is an supgrade from Cresswell and the London club have shown that they are not shy to splash the cash.

Despite the obvious talents of Firpo, it would be surprising if Liverpool sanctions a big move for a player that would effectively become a backup option for the club.

This looks more like a case of a transfer rumour put out by Real Betis to drive up the price of the talented defender. Firpo had a decent season for the club last season scoring three goals and providing four assists.